Blog posts ideas don’t always pop into my head fully formed. Sometimes, I open my computer and stare at the blank page, my brain equally blank because I have no idea what to write. On those days, I use an unusual story prompt: my photo app. I open the photo file and scroll through until something catches my attention or an idea comes to mind. Today, I tried a variation on the story-prompt theme. I opened a free photo site and scrolled through until I saw the photo of the roaring lion. A verse from 1 Peter came to mind, along with a few promises of God, and a blog post was born.

“Be of sober spirit, be on the alert. Your adversary, the devil, prowls about like a roaring lion, seeking someone to devour.” 1 Peter 5:8 nasb

The lion’s roar is a terrifying sound and can be heard up to five miles away. According to lionalert.org, “lions roar to tell other lions where they are, to show how big they are, and to warn lions from other prides to keep away from their home territory.”

The lion’s roar is a loud message that says, in a way, “I’m here and so big you can’t get away. Don’t tangle with me. Don’t invade my space.” It’s a message of pride that defies other animals to venture into his territory. 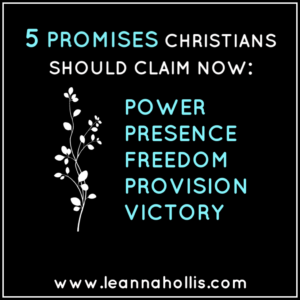 Five promises of God we can claim when the lion roars:

“If anyone loves Me, he will keep My word; and My Father will love him, and We will come to him and make Our abode with him.” John 14:23

“Or do you not know that your body is a temple of the Holy Spirit who is in you, whom you have from God, and that you are not your own? For you have been bought with a price: therefore glorify God in your body.”  1 Corinthians 6:19,20 nasb

“No temptation has overtaken you except what is common to mankind. And God is faithful; He will not let you be tempted beyond what you can bear. But when you are tempted, He will also provide a way out so that you can endure it.” 1 Corinthians 10:13 niv

“Therefore, put on the full armor of God, so that when the day of evil comes, you may be able to stand your ground, and after you have done everything, to stand.” Ephesians 6:13

The promises of God are all we need 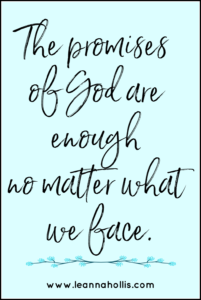 God has already given us the defensive weapons to protect ourselves from the onslaught of the evil one. He has also given us the Sword of the Spirit, the Word of God, which is the only offensive weapon we will ever need. We must know Scripture, however, to use it. We do have power, but we must be prepared before the lion roars.

Lions roar because that’s how they’re made. The evil one also roars with pride and defiance because that’s who he is. Fear and defeat are his objectives but we can stand firm in the face of his tactics if we remember the truth and the promises of God.

The power, authority, and ownership of our souls were bought by Jesus with His precious blood. The enemy’s claim on us is broken. We have been set free, from sin, death, and the roar of the lion.

We can live free

Today, let’s evaluate the roar of the evil one in our lives. Do we tremble with fear when he threatens? Does fear cause us to run straight into his lair? Let’s remember Whose we are and the promises of God we’ve been given and live as those who have been redeemed.

We were set free by Christ, so let’s live free.

Five promises of God every Christian should claim:

Before you leave, would you mind taking a moment to pin to Pinterest and share on social media? It helps extend my digital reach in ways I can’t do myself. Thanks again! See you soon.

Want to read more? Here are links to a few other posts:

When the God of the Universe Knows Your Name

How to Trust God in Hard Times

Repentance and the Benefits Package

Will We Make Room for God in Our Lives?

Contentment Regardless of Circumstances

How to Memorize Scripture

Here’s an in-depth, life-changing digital Bible study to help you grow in your Christian faith:

(This is an Amazon affiliate link, which means I might make a few cents from your purchase but it will not change the price you pay)

You’ve helped me reach around the world through your likes, shares, and pins. Thank you! Please keep up the great work. It makes a huge difference. Here’s a pinnable image for Pinterest. Thanks for pinning and sharing! 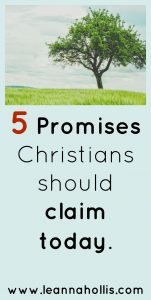 1 thought on “When the Lion Roars: Five Promises Christians Can Claim”